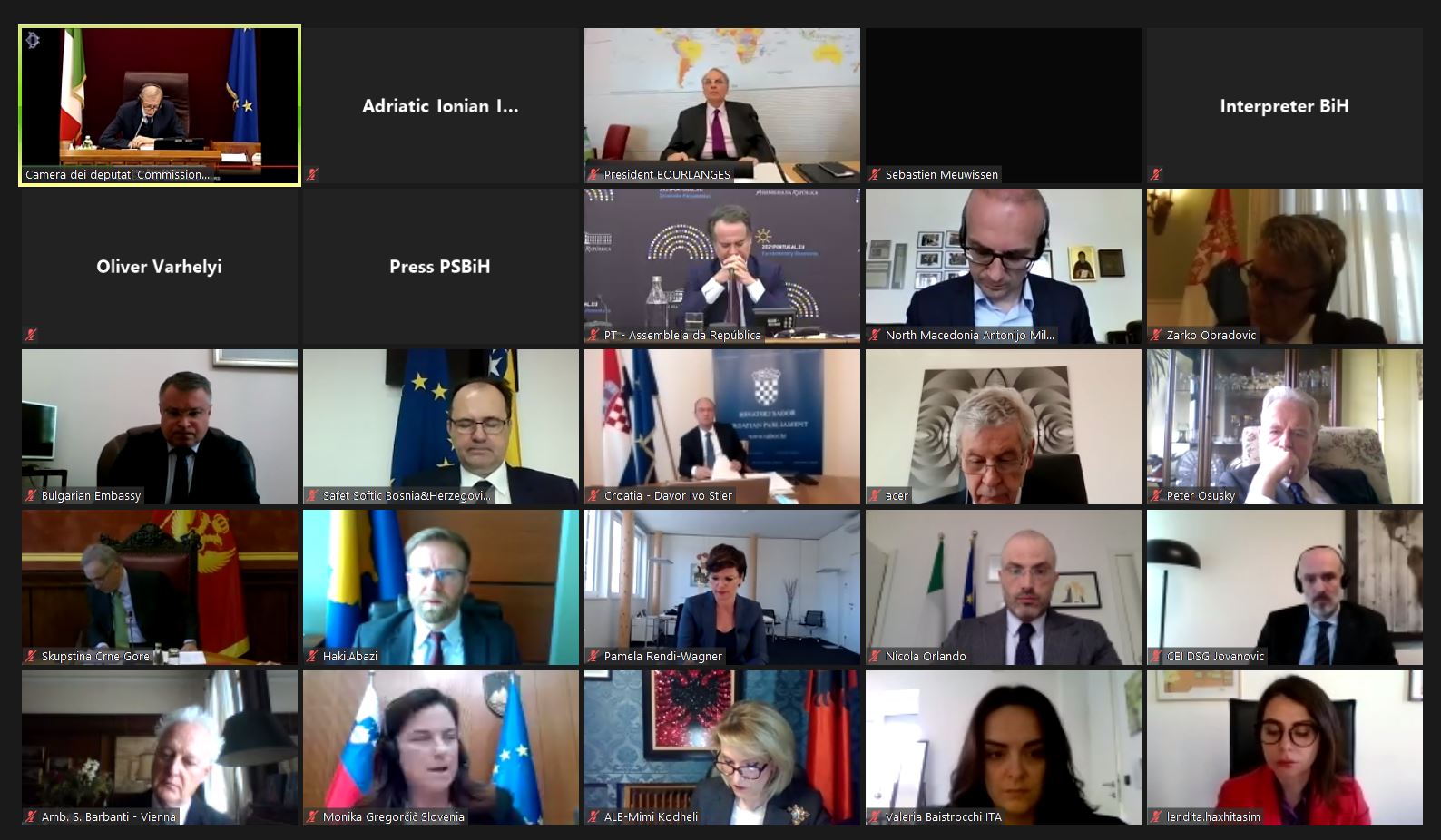 The parliamentary workshop, held via videoconference, was organized by the Standing Committee on Foreign and European Affairs of the Italian Chamber of Deputies (Lower House of the Italian Parliament).

The workshop was moderated by Piero Fassino, Chairman of the Italian Chamber of Deputies’ Committee on Foreign and European Affairs, and addressed by David Sassoli, President of the European Parliament, Roberto Fico, President of the Italian Chamber of Deputies, Luigi Di Maio, Italian Minister of Foreign Affairs and International Cooperation, Oliver Varhelyi, European Commissioner for Neighborhood and Enlargement, and Stefano Sannino, Secretary General of the European External Action Service (here the Programme of the workshop).

During his address, AII Secretary General stressed that the future of the Western Balkans is firmly in Europe. Member States need to further step up the integration process since Western Balkans countries still demand for a full and comprehensive integration within the European Union. Amb. Castellaneta underlined that the Adriatic and Ionian Initiative and the EU Strategy for the Adriatic and Ionian Region (EUSAIR) play a special role as Regional Organizations in the process of the European integration of its non-EU Member States as well as in promoting the sustainable development and economic growth of all its Participating Countries through concrete cooperation activities. He also informed participants that being the AII-PS both an intergovernmental organization and a full member of the EUSAIR Governing Board, the AII Permanent Secretariat is in a privileged position to support the role of the Parliaments within the framework of the EUSAIR (here the full speech).

Below you can find the video recording of the online workshop.